We need to reality-check ourselves on immigration raids

There’s a new sheriff in town: President Donald J. Trump has made clear that in matters of immigration, particularly from Mexico, a seismic shift is underway. Only five days after being sworn in, Trump signed a http://suratha.lk/online-gambling-at-borgata-events/seeking to both prevent illegal immigration and remove undocumented immigrants.

Among other things, the order seeks the construction of a wall, terminates the “catch and release” procedure whereby undocumented immigrants are detained and released, adds 5,000 border patrol agents, calls for a report quantifying all foreign aid provided by the United States to Mexico annually during the past five years, and makes provisions for greater coordination between federal, state and local governments in implementing immigration policy. 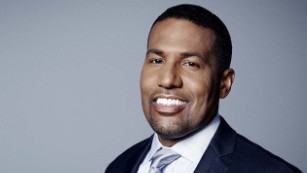 Joey Jackson
Then came the immigration raids. Last week, Immigration and Customs Enforcement sent enforcement squads into cities across the country, from the East Coast of New York to the West Coast of Los Angeles. They did so in an effort to expel from the country those who the President has called “bad dudes.” Officials noted that this effort was in the planning stages for weeks, and had little to do with Trump’s executive order. It was also pointed out that the Obama administration used these squads and that Obama was referred to by immigrant rights activists as the “Deporter in Chief” for his record of deportations.
But while these raids are not new in and of themselves, advocates and others watching these raids unfold are right to worry whether this President is casting a wider net and expanding the objective in ICE enforcement beyond national security. Of the 160 illegal immigrants arrested during the Trump raids, the vast majority had felony convictions and merited deportation. To be sure, the federal government has a solemn obligation to secure the borders and to protect the public. But there are questions as to the other arrests. The concern from a justice perspective, then, is not the enforcement effort itself. The executive branch enforces the law, and any President is entitled to do so in the manner he deems most effective in keeping with his philosophy. Instead, the concern lies in whether enforcement will be over broad and unduly aggressive. 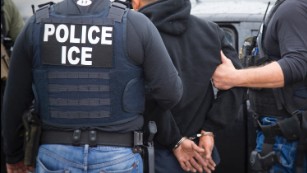 Fear spreads across US after immigration arrests
There’s reason to be concerned. Homeland Security Director John Kelly testified before Congress last week for the first time. In doing so, he noted that morale among ICE officers was down under the Obama administration, because they felt like their hands were tied. He further suggested that morale would be boosted under the new President. The implication then, is that the Trump administration will enforce immigration laws more aggressively than previous administrations have.
Where the raids lead to arrests of those with existing deportation orders, or who are violent criminals, or are deemed detrimental to the security of US interests, the President will be on firm legal footing. But simply kicking “them” out because “they” don’t belong here in the first place raises other issues. Fortunately, there are immigration courts that will serve as a check on executive authority.
A common misconception is that immigrants don’t have constitutional rights. This is a myth. The Constitution affords protection to everyone and anyone on US soil. Accordingly, any undocumented immigrant who was picked up in the recent raids, or other raids to come, is afforded due process under the laws of our land. That essentially means they must be given notice and an opportunity to be heard in immigration court before being deported. Those courts assess deportations on a case-by-case basis and can override the government’s efforts to deport where they deem it appropriate. 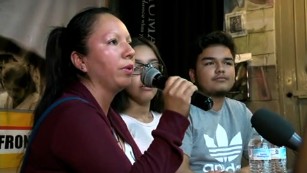 Deported mom in spotlight of Trump crackdown debate
One case in particular has emerged as a head scratcher and a tearjerker. Guadalupe Garcia de Rayos is a 35-year-old woman who came to this country when she was 14 years old and lived here for over 20 years. In 2008, she was convicted of a felony for using a fake Social Security number. After her case was adjudicated in immigration court, ICE placed her under supervision, with the proviso that she report to immigration authorities annually. Each time she did so in the past seven years, she simply checked in with them and was released. Upon checking in with ICE last week, however, she was detained, and deported to Mexico.
Why? Yes, Garcia had a felony conviction. Yes, she violated the law. Yes, there was a valid underlying deportation order that justified her removal. But was it really necessary to take her away from her husband and children in the interest of national security? And so the question remains, how many cases like Garcia’s are out there, and how will they be handled under what looks like a new era of aggressive enforcement? And are people like Garcia the type of people whom the President seeks to deport under his tough new immigration policies? What public safety and border security interest does that serve?
Follow CNN Opinion

It’s one thing to be tough on immigration. It’s yet another to be fair. Those watching closely are right to be worried about current trends, but should take comfort in knowing that immigration courts will serve as a check upon any overreach by ICE in conducting these raids and carrying out the President’s enforcement initiatives. But we should really reality-check ourselves, too, and ask whether a country like the United States, which sets the standard for the world in human rights, can’t provide a better example to the world.

The Foreign Ministers of Sri Lanka and Australia meet on the eve of the 76th Session of the United Nations General Assembly Tuesday, 21 September 2021

Jayantha Ketagoda sworn in as a Member of Parliament Tuesday, 21 September 2021

SINGER continues to champion the preservation of the Ozone Layer Monday, 20 September 2021