Adolf Hitler’s personal telephone which the Nazi dictator used to give deadly orders during the World War II has been sold for a whopping USD 243,000, more than double the starting price at a US auction.The identity of the buyer for the Fuehrer’s Siemens rotary telephone, who bid by phone, has not been made public.

The phone, which has the Nazi leaders name engraved on it and a swastika, was found in his Berlin bunker in 1945.

Rayner recovered the phone from Hitler’s bunker while visiting Berlin on the orders of Field Marshall Bernard Montgomery just a few days after the end of the war, according to Rayner’s personal account and shipping documents from that time period, according to the auction house. 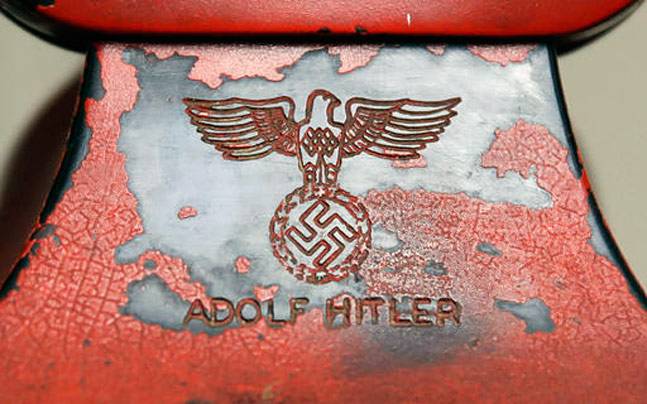 His son Ranulf Rayner, 82, inherited the phone after his fathers death in 1977. “My father didn’t see it as a relic of Hitler’s glory days, more a battered remnant of his defeat, a sort of war trophy,” he told CNN. “He never thought it would become an important artifact.””He could still smell burning flesh,” Ranulf Rayner said, recalling his father’s description of the underground shelter where Hitler spent his final days. In his words, it was a “dreadful hellhole”.

The auction house had described the telephone as “Hitler’s mobile device of destruction” and called it “arguably the most destructive weapon of all time, which sent millions to their deaths around the world.”

A porcelain figure of an Alsatian dog, also owned by Hitler, fetched USD 24,300. It was bought by a different bidder, the BBC reported.

Rapid tests for passengers arriving in Sri Lanka to be considered Monday, 13 September 2021

Ketagoda to return as a National List MP Monday, 13 September 2021

Nutrition 101: The importance of a daily diet rich in protein Friday, 10 September 2021