Russian government may be arming Taliban

Kabul, Afghanistan (CNN)The Taliban have received improved weaponry in Afghanistan that appears to have been supplied by the Russian government, according to exclusive videos obtained by CNN, adding weight to accusations by Afghan and American officials that Moscow is arming their one-time foe in the war-torn country.

US generals first suggested they were concerned the Russian government was seeking to arm the Afghan insurgents back in April, but images from the battlefield here corroborating these claims have been hard to come by.
These two videos show sniper rifles, Kalashnikov variants and heavy machine guns that weapons experts say are stripped of any means of identifying their origin.
Two separate sets of Taliban, one in the north and another in the west, claim to be in possession of the weapons, which they say were originally supplied by Russian government sources. One splinter group of Taliban near Herat say they obtained the guns after defeating a mainstream rival group of Taliban. Another group say they got the weapons for free across the border with Tajikistan and that they were provided by “the Russians.” 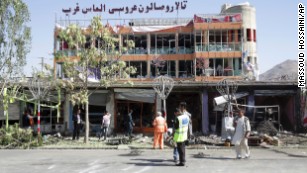 29 dead in Kabul car bomb attack claimed by Taliban
The videos don’t provide incontrovertible proof of the trade, of which Moscow has categorically denied involvement. Yet they offer some of the first battlefield evidence of a flow of weapons that has the Afghan and American governments deeply concerned about Moscow’s intentions here. 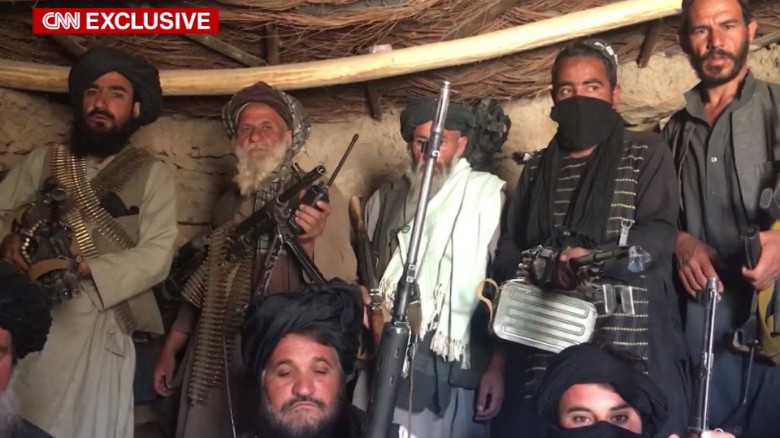 “The Russians have said that they maintain contact with the Taliban, we have lots of other reports from other people they are arming the Taliban … there is no smoke without fire,” Afghan government spokesman Sediq Sediqi said. “That’s why our intelligence agencies are up to the job to find out what level of support that is to the Taliban.”
Another Afghan official said they were sure that trade was happening between Russia and the Taliban.
On Wednesday, Russia’s foreign ministry said in a statement:
“As we have repeatedly stated, the accusations of a number of Western and some Afghan mass media … regarding alleged Russia’s support of the Taliban militants, are groundless. To date, neither the Afghan authorities nor the command of the US and NATO contingents in the Islamic Republic of Afghanistan have provided evidence that would confirm these speculations.”
“Again, we emphasize: Russia does not support the Taliban movement.”
The ministry had earlier declined to comment for this article.
US officials have long voiced concerns about any weapons flow to the terror group. Asked in April whether he would refute the reports Russia was arming the Taliban, the US commander here, Gen. John Nicholson, said: “Oh, no I’m not refuting that… Arming belligerents or legitimizing belligerents who perpetuate attacks … is not the best way forward.”
Gen. Joseph Votel, chief of US Central Command, told a congressional committee in March he believed the Russians were seeking influence in Afghanistan.
“I think it is fair to assume they may be providing some sort of support to (the Taliban) in terms of weapons or other things that may be there,” he said. 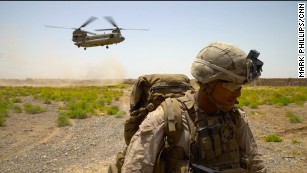 Marines facing ‘discouraging’ challenges in Afghanistan
In one video the Herat group are seen brandishing the guns, which they said were taken from the mainstream Taliban, led by Mullah Haibatullah, after that group attacked them. Eighteen of their rivals were killed in the attack and six were captured, they said.
“These weapons were given to the fighters of Mullah Haibatullah by the Russians via Iran,” said their deputy leader, Mullah Abdul Manan Niazi. He went on to repeat the often-heard rationale behind the arming — which Moscow denies — that the weapons were supplied to help the Taliban better fight ISIS.
“The Russians are giving them these weapons to fight ISIS in Afghanistan, but they are using them against us too,” he said. 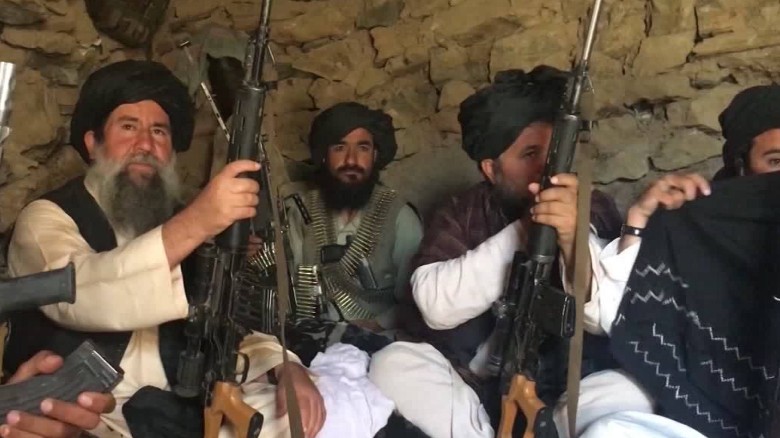 The second video was shot nearer Kabul and features a masked Taliban fighter parading arms he says he obtained through the northern province of Kunduz. He said he did not pay for the weapons — insurgents often pay for guns with opium crops — and that his group received the guns via the Tajik border.
“These pistols have been brought to us recently,” he says. “These are made in Russia, and are very good stuff.”
Weapons experts from the Small Arms Survey studied the videos and said there was little in them to directly tie the guns to the Russian state. The weapons were not particularly modern or rare, and even some of the more elaborate additions, like a JGBG M7 scope on one machine gun, were Chinese made and readily available online, they said. 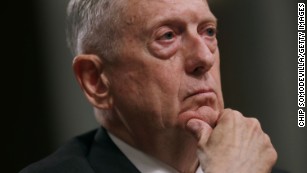 Mattis on Afghanistan troops decision: ‘We are working to get it right’
Yet Benjamin King from the Survey said, “the weapons didn’t seem to have the manufacturer markings where we would expect them.” He said that elsewhere there have been reports of supplying governments and others going to great lengths to remove identification markings from weapons. 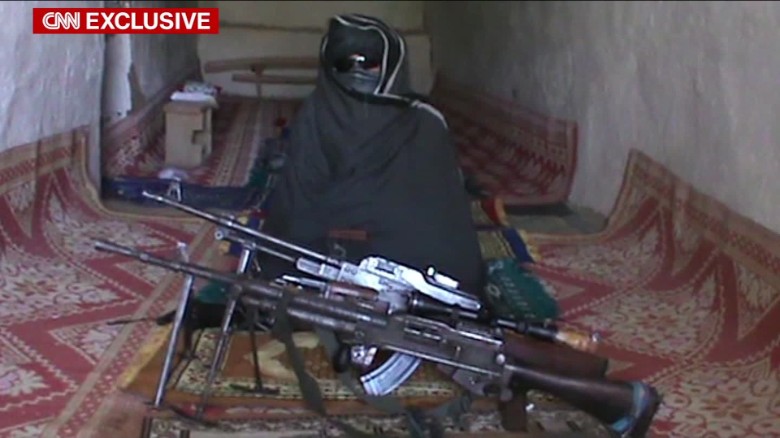 “If this is a pattern seen in Afghanistan then it would be noteworthy,” he added.
Sediqi, the Afghan government spokesman, said they had put the allegations to Moscow and also received a denial. He added Afghan officials have expressed their concerns about Moscow’s contacts with the Taliban, which coalition officials say legitimizes the insurgency.
“The issue of contact with the Taliban with the Russians was something that really concerned us as well,” Seddiqi said. “No contact with non-state groups.”

Update: This story includes a new statement from Russia’s foreign ministry. The ministry had previously declined to comment for this article.

Rapid tests for passengers arriving in Sri Lanka to be considered Monday, 13 September 2021

Ketagoda to return as a National List MP Monday, 13 September 2021

Nutrition 101: The importance of a daily diet rich in protein Friday, 10 September 2021